There are so many things I want to post about and so little time. I’ve been recording my work for sometime now just so I can reflect upon it… Here are some shot of a couple old pre-desserts.

Pre-desserts were the first works that I managed to get onto menus and I really felt like they were mine.

This first shot was the grapefruit pre-dessert at Rush. We were coming up on Stampede and I was lying in bed one night thinking about freezees. I went in the next day, pitched the idea and VIOLA, I was sealing, filling, and freezing cryo-vac bags for half of service. 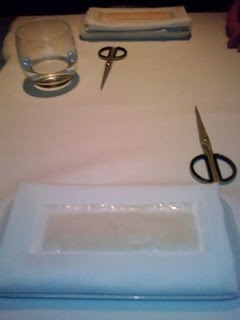 This next shot is the pre-dessert we were running at the restaurant this past winter, I came up with it in November of 2009. The first one is presented on isomalt glass for a photo shoot (this shot is on the website) The second is how we presented it during service. 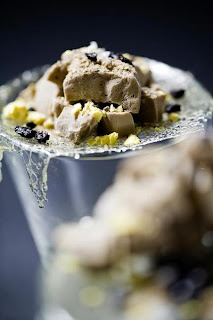 My name is Jacquie Young-Sterling, I live in Toronto, and I work in the field of culinary arts as a pastry chef. This blog is intended to follow my passion for my work as well as all things food related as I advance more independently into my career. Enjoy!